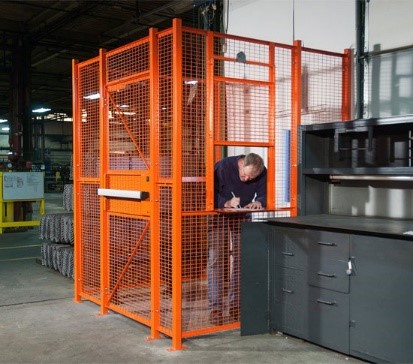 Several people were killed or wounded, including the suspect, during a shooting at the MillerCoors brewery building in Milwaukee on the afternoon of February 26. This underscores the fact that the top risk to industrial manufacturing is workplace violence (WPV). Thirty years of risk assessment experience in the industrial manufacturing industry revealed two common shortcomings in the sector: 1) A failure to implement a proper workplace violence prevention and intervention program; and 2) A failure to implement effective physical security measures, especially access control, which is the foundation for any successful security program.

The risk assessment is going to reveal which offender categories are most applicable, but let’s deal with the three most common– the current or former employee (Type 3); the truck driver (Type 2) and domestic issues (Type 4) that may impact the workplace.

Dealing with potential violence associated with current employees requires effective training, reporting protocols and a capability to evaluate reports of persons of concern. The key to training is going beyond the one dimensional “red flag” behaviors which have been taught over and over for years but have proven to be insufficient to reliably identify potential offenders. Hundreds of workplace violence deaths each year indicate training needs to improve. We believe training needs to include a three-dimensional approach starting with the recognition of employee baseline behaviors which may include some of these traditional “red flag” behaviors. Since humans are good at detecting changes to baseline behavior, the alarms should sound when employees recognize a change in a coworker’s behavior who also exhibits some of the typical “red flag” indicators. Detecting that change is the time to make a report confidentially or directly to a supervisor of human resources. A report must be made when you combine the “red flag” behaviors with a change in baseline behavior and then add in a life changing event such as a divorce, arrest, legal difficulties, financial problems or the loss of a job.  In the instance of terminating an employee, supervisors should be flagging the convergence of these three conditions so that appropriate planning can be put into effect for the day of the termination and for the weeks and potentially months after. While the details may never be widely known about an employee in Aurora, IL, he suspected he was going to be fired and brought a handgun to his termination meeting. Immediately after he was fired, he shot and killed five coworkers and wounded others. (What We Can Learn from the Workplace Shooting in Aurora, Illinois). Could better planning result in a more controlled set of circumstances in a termination meeting preventing injury and death? We strongly believe so.  Provided that meeting is managed without incident, what comes next?

Industrial security strategies that might be considered after a hostile termination or where threats are made by the departing employee might include:

Another common weakness in industrial sites and a potential source of workplace violence is the shipping/receiving function. There are a few things to consider here:  1) For facilities with fences and gates, if there is inadequate screening of vehicles entering the secure area, or the person opening the gate does not know if a truck is authorized to enter, anyone arriving at the gate may get admitted, potentially giving them unrestricted access to a facility. 2) Truck drivers may get angry for a variety of reasons associated with delays in pick up or when dropping off materials. Companies cannot know for sure if there are weapons in a driver’s vehicle, therefore, if gate access and the physical space in which the interaction between the truck driver and employee are not managed correctly, the risk for someone getting hurt goes up.. Consider the following measures to manage the risk associated with truck drivers:

The final workplace violence issue for industrial facilities is domestic violence. Train staff to understand the effect that domestic violence may have on employees. Encourage them to report any changes in family status and any real or perceived threats to a supervisor and create a culture that removes the barriers to reporting workplace violence concerns. There is no case that better illustrates this point than the domestic violence case that cost three lives including one child and another child injured (San Bernardino school had no knowledge of teacher’s troubled relationship with shooter.).

The second area of weakness is common physical security and access control. Except for current employees, all other workplace violence offenders would likely originate from outside the facility, making access control essential. The first line of access control is at a site’s perimeter, a building’s perimeter or inside a publicly accessible reception lobby. In whatever manner access control is achieved, it needs to be flexible and adaptable to rapidly changing conditions. For instance, in the case of the facility that has it’s first line of defense on the interior of a reception lobby, the outer entrance should be equipped with electric locking and a means to screen visitors with audio and video if there is no direct line of sight.  This capability should be set up as a proactive action, not reactive once a threat emerges. For smooth industrial security operations, it is important to embrace the concept of dynamic threat response planning and ensure that your physical security and security systems are implemented with the ability to adjust the security posture for common threats which may arise. For years now, many of the more sophisticated access control systems allow for pre-programmed threat levels which, with the click of a button, allow for certain card populations to be automatically deactivated and new reader and access group behavior patterns to be implemented at a moment’s notice.

Regular inspections and testing should be conducted on access control mitigations which should include at a minimum:

Guard force management is another area requiring a focused effort. With all the mergers and consolidation which has consumed a lot of the effort and energy of security officer services providers, industrial facilities need to carefully manage the contracts which can easily go into the hundreds of thousands to millions of dollars per year. Organizations that enter into these agreements thinking that the guard company is going to come in and manage their security challenges will be greatly disappointed. In a recent audit on a national level contract, one of the major security services providers was over six months into their contract with the client and had not even deployed updated post orders at any of the sites. Security officers were using forms and reports with the wrong company’s information and nobody from the services provider was regularly visiting the posts. When challenged about the shortfall, after a lengthy wait, the security services provider produced some boilerplate document that had duties not relevant to the sites in question and had another company’s name in the document.

In order to combat this problem, we recommend that industrial facilities recognize that they need to be prepared to take a leadership role in defining the services required and how work is to be performed. Do not rely upon the security services provider to do this for you. Some other tips that might help achieve better results include:

In summary, to stay out of the national news, industrial sites need to recognize that workplace violence is the most significant risk, and security leaders should focus on the following security mitigation:

There is much more that could be said here, but these are some fundamental areas of weakness we see time and again when assessing industrial and manufacturing sites. If sites embrace this guidance, the likelihood of a serious incident may be significantly reduced.

Recent Posts
Archives
Categories
Eliminate Crime Before It Happens
Contact Us
Copyright Business Protection Specialists, Inc 2020 All Rights Reserved. - Site by nothing but net solutions
Back To Top
×